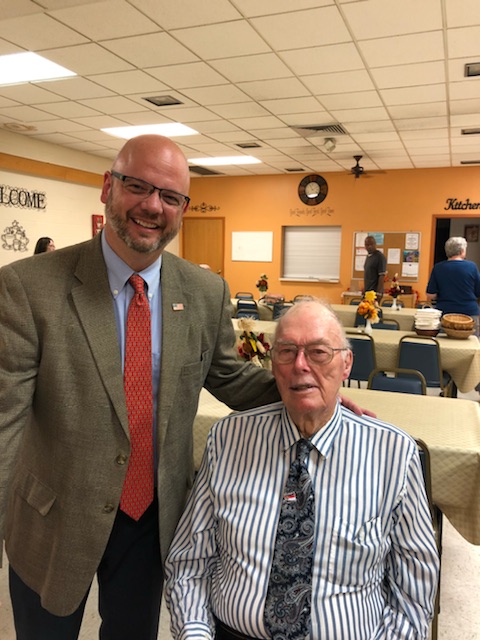 State Rep. Jeff Keicher, R-Sycamore, attended the 100th birthday celebration for World War II veteran Tony Berg in DeKalb on Tuesday, which was part of a veteran-pinning ceremony honoring over 30 American heroes sponsored by the Family Service Agency and Heartland Hospice. Mr. Berg served in the U.S. Army from 1941 to 1945 and was one of the first ashore during the D-Day invasion June 6, 1944, in Normandy, France.