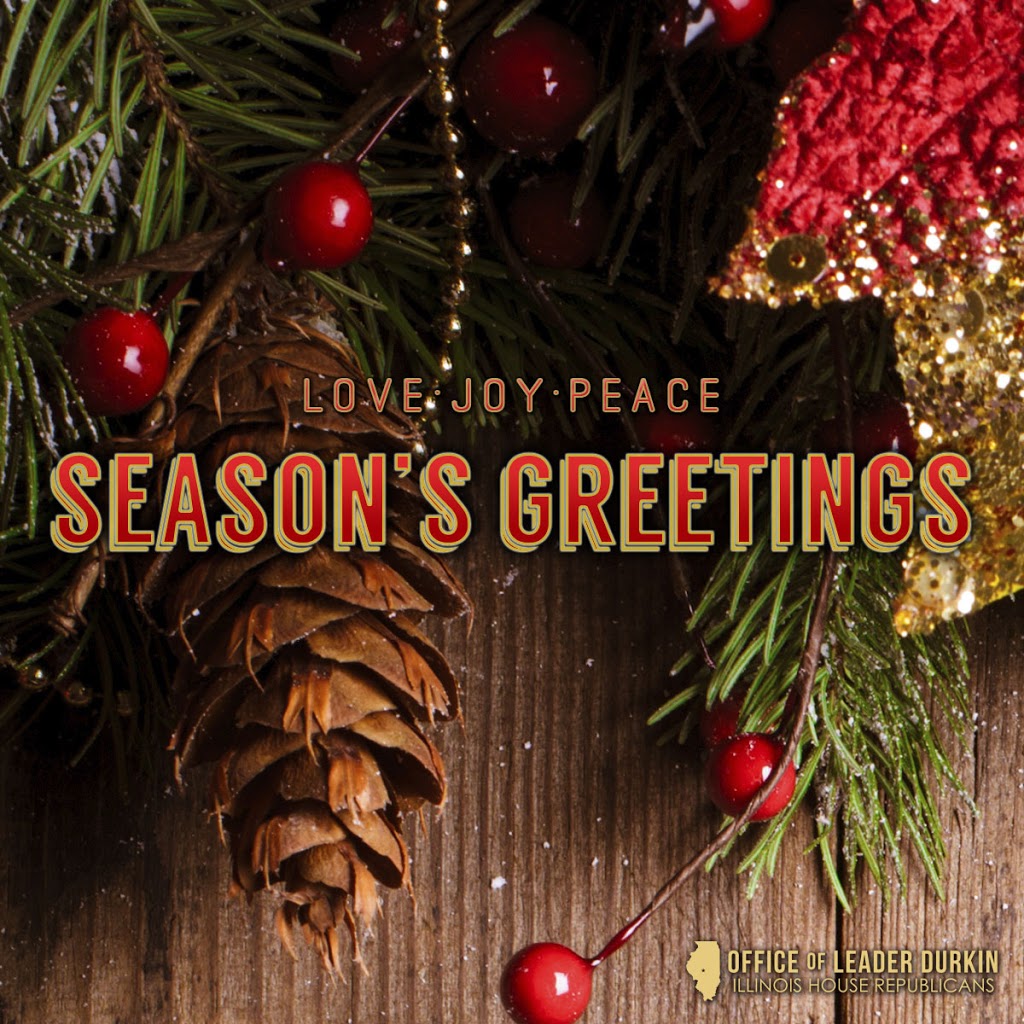 From my Lutheran tradition of faith, I wish you a Happy Christmas.  I also wish a happy holiday season to all that follow other traditions! I hope this greeting finds you and your family well and enjoying a season filled with joy and fellowship. I’d encourage you to take an opportunity to be reflective on what 2018 brought us, that you will understand how our humanity and our condition manifest itself and that you seek to make our world a better place as we enter into 2019.

Before we wrap up 2018, I would like to take this opportunity to share with you a list of new state laws that take effect on January 1. Please scroll below to view the listing along with other updates that may be of interest to you and your family.
If we haven’t met already, I hope to have the opportunity to meet you in the coming months as I attend community meetings and events throughout the district. Being a strong voice for you in Springfield is my priority.

Please do not hesitate to contact my district office in Sycamore if I or a member of our staff may be of assistance to you. You can reach us by phone at (815) 748-3494 or via e-mail at Keicher@ilhousegop.org.
Sincerely,
Jeff Keicher
State Representative, 70th District