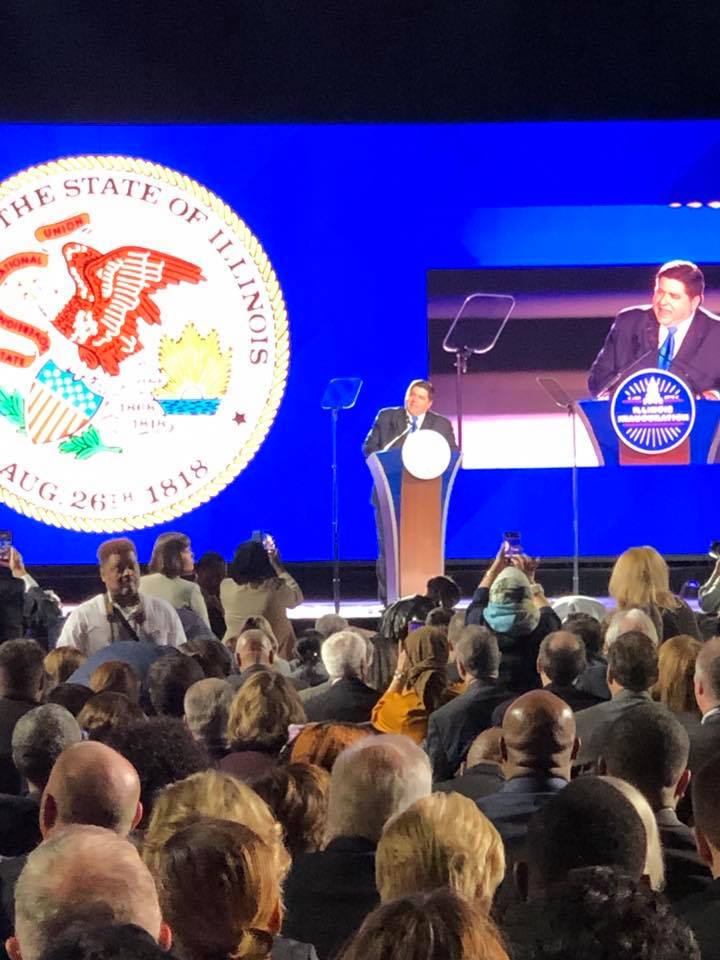 State Representative Jeff Keicher, R-Sycamore, issued the following statement after attending the inauguration of JB Pritzker as the 43rd Governor of the State of Illinois:

“Today I attended the inauguration of Governor JB Pritzker in Springfield. It was encouraging to hear the Governor set a positive tone for Illinois’ future while being realistic about the many challenges we face together. I will work on behalf of the families of the 70th District with Governor Pritzker on solutions to strengthen Illinois’ ag economy, be a champion for NIU and our students, and provide a stable and secure safety net for individuals and families with special needs. There is a lot of room for bipartisan agreement and achievement in these areas and more. I am concerned with the extent of spending and taxation discussed today and hope there’s a recognition of the tipping point we find ourselves as a state in that regard. While we may differ at times on the best course of action, we all share the goal of restoring Illinois as a thriving state where everyone can afford to raise a family and pursue their dreams. That’s a pretty good place to start from at the dawn of our third century as a state.”