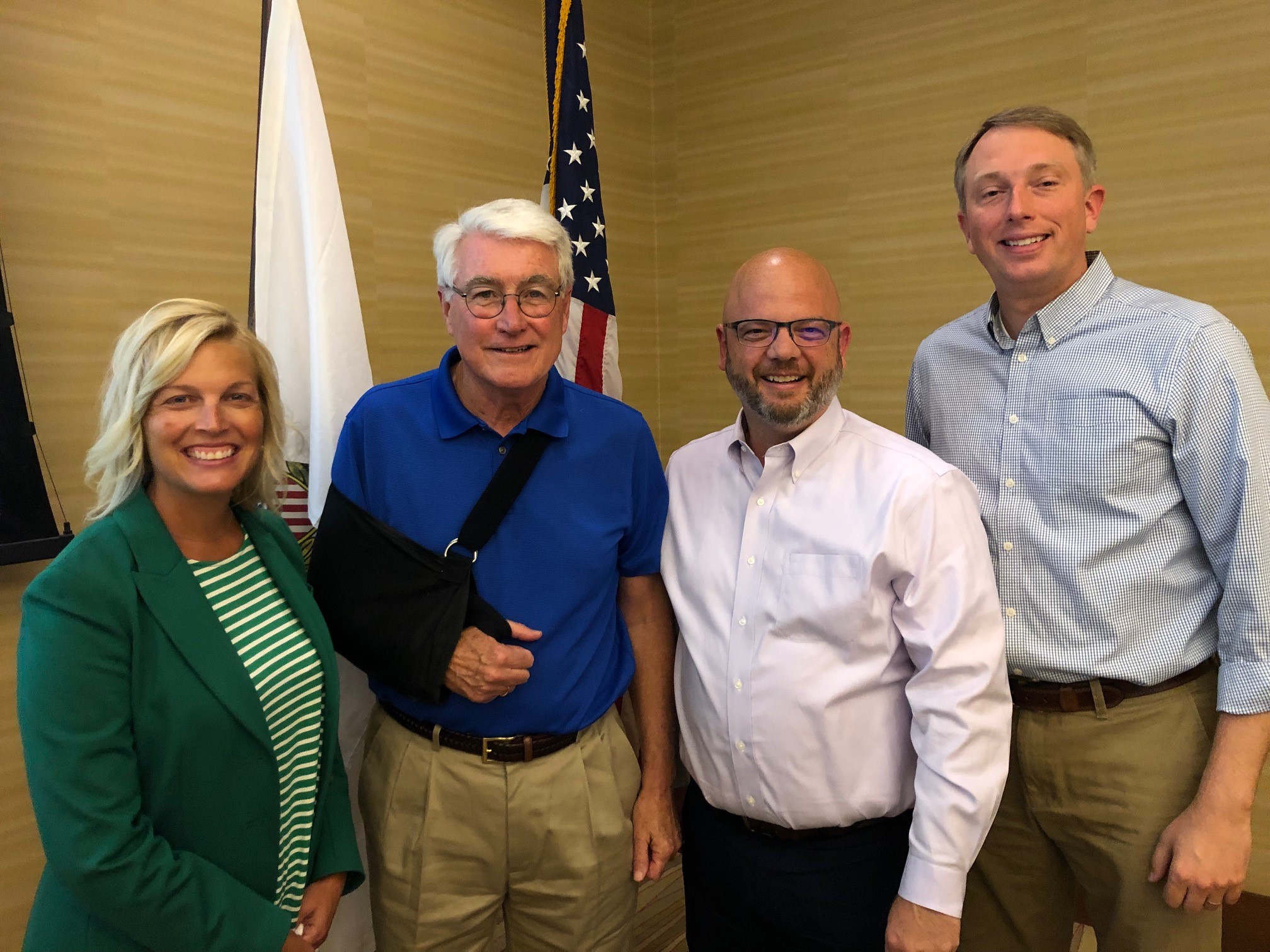 State Representative Jeff Keicher, R-Sycamore, returned home to DeKalb County on Thursday evening after completing the five-day Edgar Fellows leadership seminar in Champaign led by former Illinois Governor Jim Edgar. Keicher was chosen as one of forty-one emerging leaders from throughout Illinois to the 2019 Class of Edgar Fellows.  Known for its prestigious reputation for stimulating cooperation across regional, political and ethnic lines, the Edgar Fellows program is a highly selective leadership seminar that accepts only the most qualified emerging leaders in Illinois each year.

“Becoming an Edgar Fellow and participating in this week’s program has broadened my horizons and introduced me to amazing people from throughout Illinois who all share one trait in common; a commitment to serving their community and working together to make our state a better place to live,” said Representative Keicher.  “Whether from an urban or rural background, regardless of race or gender, we’re all proud to call Illinois home, and we all feel called to step up and serve in public life in one form or another. Our 2019 class of Edgar Fellows are ready to build on the lessons and relationships we developed this week to come back home and work across geographic and ethnic lines to bring people and communities together to meet the public policy challenges that confront us all.”

The Edgar Fellows program is designed to influence attitudes and foster mutual understanding. It fosters the goal of facilitating bipartisan and cross-regional cooperation as class participants assume more influential public leadership roles. Fellows include elected and appointed officials from all levels of government, as well as Illinoisans who have distinguished themselves in the business world and civic affairs.

This year’s class of Edgar Fellows gathered August 4-8 in Champaign for an extensive and focused executive training program hosted by Governor Edgar and the University of Illinois Institute of Government and Public Affairs. The Fellows engaged with each other and with experienced practitioners and scholars in major policy areas such as health care, education and economic development. The Edgar Fellows program is currently in its eighth year.