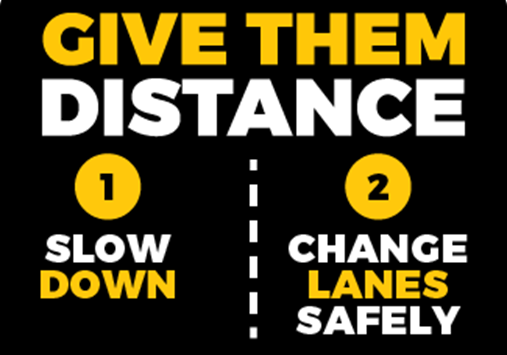 Now is a good time to talk about the actions we’re taking to make Illinois’ highways safer for everyone. On July 30, Governor Pritzker signed into law a pair of bills I was proud to co-sponsor to improve public education and enforcement of Scott’s Law, Illinois’ “move over” law.

Since the start of 2019, twenty-two state trooper vehicles have been struck by motorists on our highways, three of them resulting in fatalities. Scott’s Law requires that drivers move over a lane and slow down, if possible, when approaching not only emergency vehicles, but all vehicles on the side of the road with hazard lights enabled. However, the penalty structure of previous law made it logistically difficult to enforce, as well as lacking a robust motorist awareness program. The bills the Governor signed into law on July 30 were Senate Bill 1862 and Senate Bill 2038.

The second piece of legislation, Senate Bill 2038, creates a Move Over Task Force to study the issue of violations of Scott’s Law, disabled vehicle law, and stationary authorized emergency vehicle law, with attention to the causes of the violations and ways to protect law enforcement and emergency responders.

Appointments to the Move Over Task Force were announced this week. My colleague Andrew Chesney, a state representative from Freeport in northwestern Illinois, will serve as the member of the task force representing our side of the aisle. Trooper Brooke Jones-Story was fatally struck by a motorist in Freeport back in March. Her loss remains deeply felt both locally and throughout the state amongst the brave men and women of our State Police.

The Move Over Task Force must present its report and recommendations to the General Assembly no later than January 1, 2020. This is our opportunity to make further strides to reduce the likelihood of future tragedies on Illinois’ highways. I plan to contribute to the work of the task force by sharing my input with Representative Chesney, as well as any input that you, the people of the 70th District would like me to share on your behalf.

Please feel welcome to call my office at (815) 748-3494 or e-mail me at keicher@ilhousegop.org to share any ideas, suggestions or concerns you have related to the work of the Move Over Task Force. Together we can save lives and make Illinois’ highways safe for everyone.