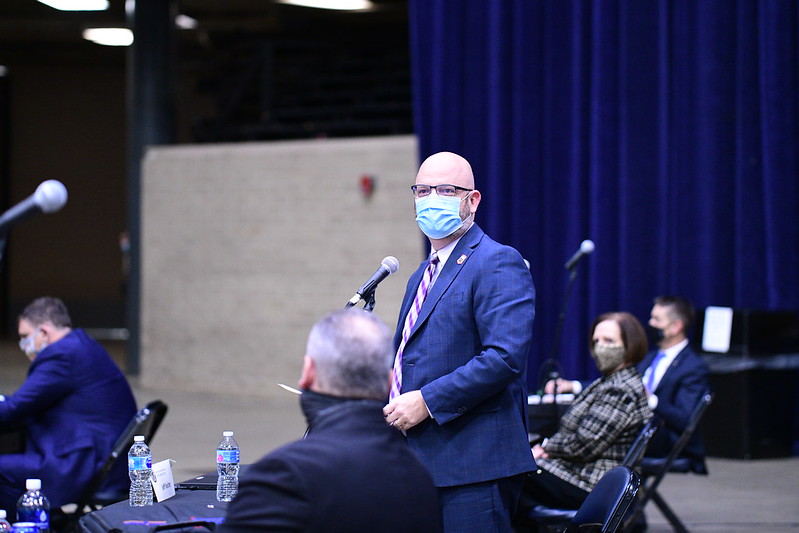 The Illinois House of Representatives voted Wednesday 70-44 along party lines to adopt rules for the legislative process over the next two years, following calls for a new era of bipartisan collaboration from new House Speaker Emanuel “Chris” Welch (D-Hillside) when he took office in January. While a few changes were made to the House Rules from the Mike Madigan era, State Rep. Jeff Keicher, R-Sycamore, believes the effort fell short of its promise and will continue to limit the ability of rank-and-file members to advance legislation on behalf of the millions of constituents they collectively represent.

“For the first time in decades we have a new Speaker, and a real opportunity to change the way the House operates so that we can all receive fair debate on issues important to our local communities,” Rep. Keicher said. “Instead, the majority party again pushed through the same basic set of rules used by former Speaker Madigan. We need to reform the legislative process to make it more fair and reflective of the needs of every community in Illinois. While I applaud the move to implement term limits on legislative leadership positions, I feel we should enforce it by passing it into law, so it cannot be easily removed in two years with the next General Assembly’s rules. I have been encouraged by Speaker Welch’s rhetoric in support of bipartisan collaboration, but we need to see more substance and less of the practices of the past that give extraordinary power to the Speaker of the House.”

Rep. Keicher and House Republicans had offered positive changes for House rules to ensure all members’ constituents would have a voice in their state government:

“These changes would introduce much-needed inclusion and openness into the process. Unfortunately, Democrats rejected every single one,” Rep. Keicher added. “I take Speaker Welch at his word that further changes will be considered and that members of the minority party will have a voice in the process. I hope we can move forward together and truly break with the practices of the Madigan era.”