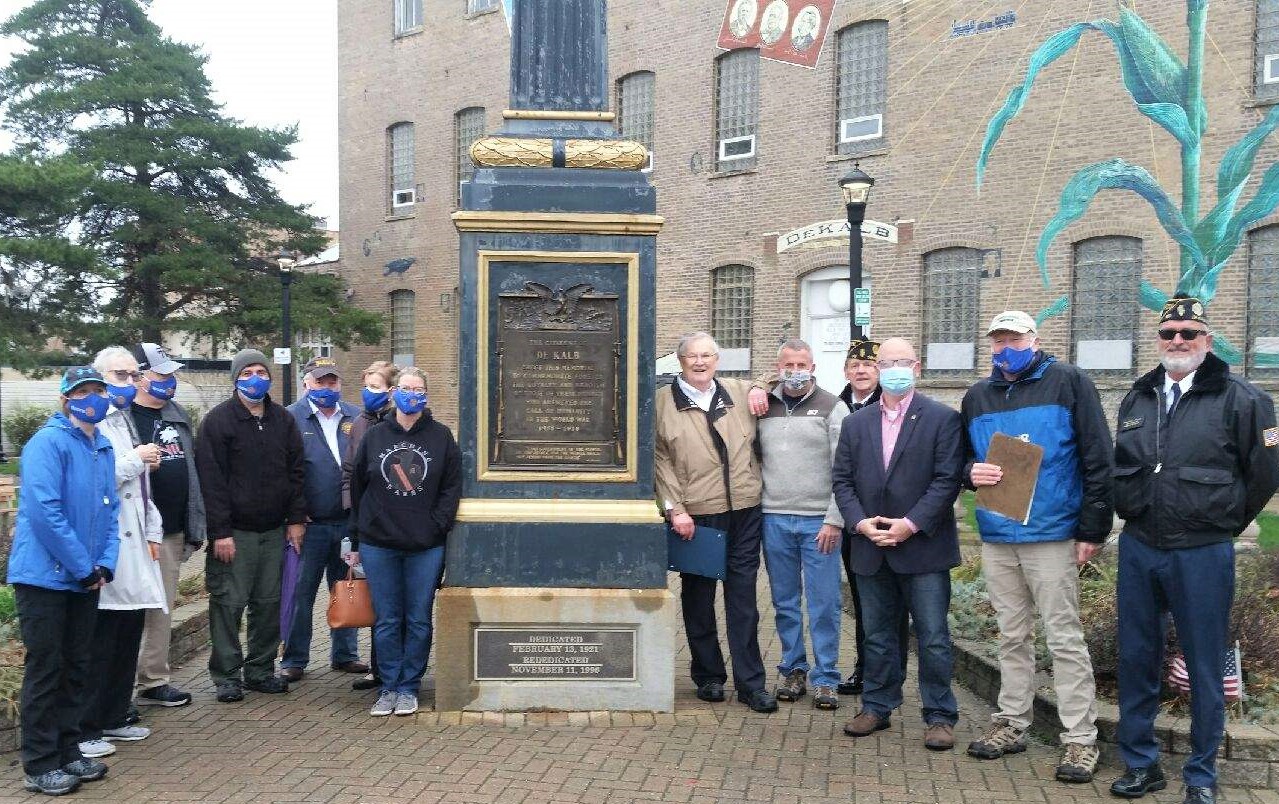 Courtesy of the DeKalb Rotary Club

On Saturday, April 10, members of the DeKalb Rotary Club, along with honored guests, Rep. Jeff Keicher (R- Sycamore), DeKalb Mayor Jerry Smith, and members of the DeKalb American Legion (Commander Dan Gallagher {USMC} and Historian Michael Embrey {USAF} met at the Soldiers and Sailors Memorial Clock in Memorial Park at 9:30 am to celebrate the 100th day of the club’s Centennial year.

This short ceremony at the clock kicked off a morning of service for the 100th day of the year for the DeKalb Rotary Club. The DeKalb Rotary Club has selected as its Centennial Project the restoration of the Soldiers and Sailors Memorial Clock to working order. The clock is located in Memorial Park at the corner of First Street and Lincoln Highway. The Clock is also celebrating 100 years, as is the DeKalb American Legion Post 66.

Prior to the photo opportunity, State Representative Jeff Keicher spoke of the ‘Honor’ the Clock provides to our men and women in military service. “The families that put money aside for this clock 100 year ago were establishing a legacy,” said Keicher.  “At a time like this when our opinions talk past one another, we need to come to Memorial sites like this where we have commonality.”

“This Memorial Park is a place where we can meet and sit and rest, it is a place where we can protest some of the social injustice we’ve seen in this community and across the nation, and it is a place where we can celebrate the freedoms that we have because of those that have served in the military” said Mayor Jerry Smith.  “But most of all, it is a memorial to the many men and women who have not only served but many have given the ultimate sacrifice, their life.”   Mayor Smith thanked the community for their support and also welcomed new DeKalb Mayor Cohen Barnes (who was in attendance). Also thanking those in attendance was DeKalb Rotary President Brian Corr.