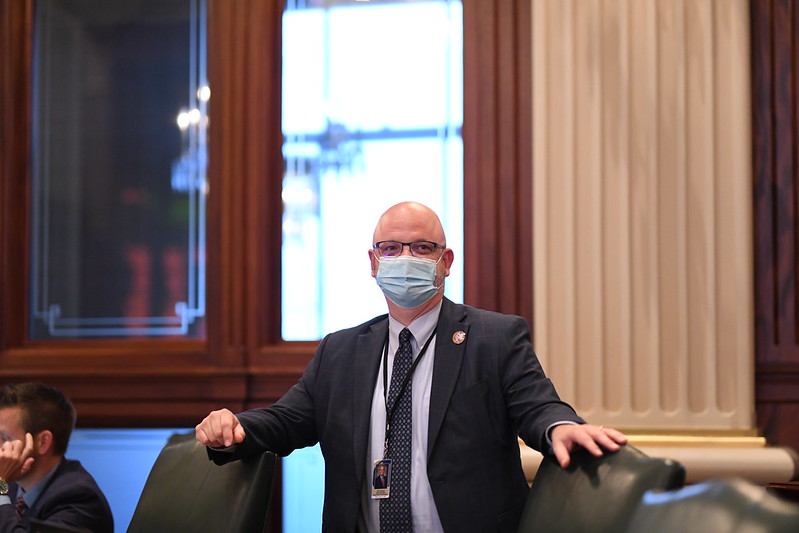 “Regardless of where you fall on the political spectrum, we all want a state government that is ethical, accountable, and truly representative of the communities it serves. When one political party controls the redistricting process, their number one priority is to draw boundaries that ensure they keep power with a majority of seats. To do so, they carve individual communities and local counties into multiple districts as a means of diluting the voting base of their opposition. The new map slices and dices DeKalb County up in an unprecedented way, to the detriment of giving our local communities a strong voice in Springfield. Under the new map, most residents of DeKalb County will be represented by individuals who live far outside our county and who are not invested in our community. This is my biggest concern for the future of our area.

“New maps drawn with partisan advantage as the driving force diminishes our ability to achieve goals like property tax relief, a healthy and growing economy, reforming the state’s broken unemployment system and protecting veterans in the state’s care. Democrats enjoy total control of state government today and all of these issues are being tragically neglected, in part due to a lack of accountability that partisan-drawn maps enable.”