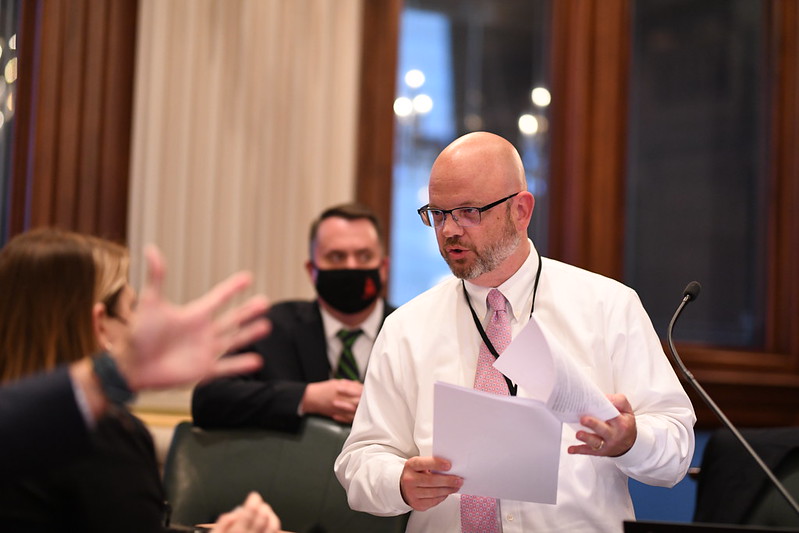 The Illinois General Assembly approved a $42.3 Billion spending plan along party lines earlier this week to enact the FY22 state budget, comprised of SB 2800 and SB 2017. The new budget takes effect on July 1 pending the signature of Governor JB Pritzker. State Rep. Jeff Keicher, R-Sycamore, reacted to the flawed process that led to passage of the budget and how the final product falls short of meeting the needs of Illinois families and job creators.

“We began this spring session with a promise from the new Speaker of the House for a new day, the start of a new era marked by transparency and bipartisan work across the aisle.  We took this promise to heart and our caucus participated in working groups and tried to engage in the process of crafting a truly bi-partisan and balanced budget for the people of Illinois. Unfortunately, Mike Madigan’s playbook proved hard to throw out, and Democrats once again ultimately crafted the budget behind closed doors and introduced it only hours before we had to vote on it, giving the public and the media as little time as possible to review and scrutinize it.

“The new budget adds hundreds of millions in new discretionary spending, increases taxes by over $600 million on employers across the state when they can least afford it, raises lawmaker pay by $1100 and purposefully excludes Republicans and the millions of Illinoisans we represent when funding an additional $1 billion in capital grants using federal American Rescue Plan Act funds. I am most disappointed that we did not see any honest attempt to address the need for property tax relief, which constituents tell me on a regular basis is still the issue they are concerned about most. Illinois families and taxpayers deserved better than this flawed process that inevitably produced a flawed outcome.”