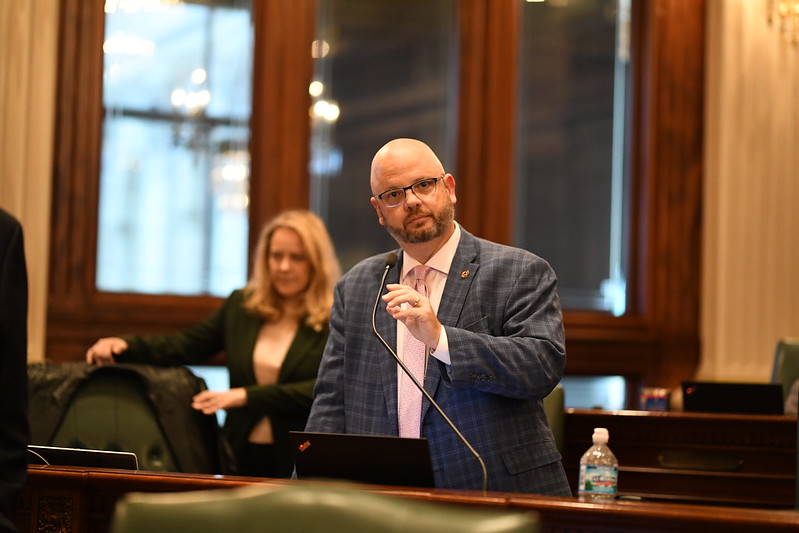 State Representative Jeff Keicher, R-Sycamore, issued the following statement today following the appointment of eight Republican members to the new Public Safety and Violence Prevention Task Force created by the Democratic majority in the Illinois House of Representatives to distract from the consequences of the criminal justice “reform” package that was passed and signed into law in January:

“Democrats in Illinois, especially Chicago, refuse to take ownership of the situation they created with the January 2021 passage of their anti-police bill,” Rep. Keicher said. “Talk with any police officer, judge, public defender or prosecutor about what they are seeing today and you will be amazed at the brazen stories. Democrats have removed consequences for committing crimes, not just petty offenses and misdemeanors. We’re talking about violent crimes. It is a farce for Democrats to now launch a task force to study a crisis their own actions directly contributed to creating and exacerbating.”

The Public Safety and Violence Prevention Task Force is tasked with studying the various issues contributing to the increase in crime in the State of Illinois and make specific recommendations to the Governor and the General Assembly on how to make communities more safe.