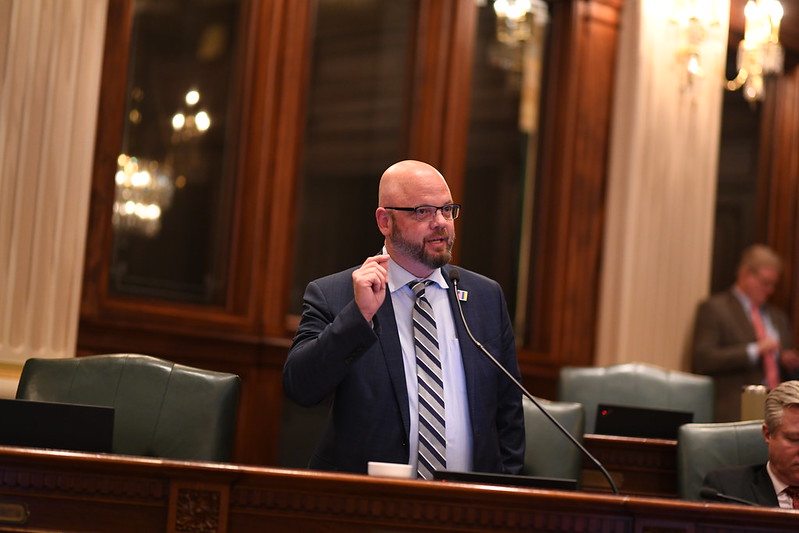 Tonight, Democrats in the Illinois House of Representatives passed legislation, Senate Bill 2803, that will place a tax hike on jobs in Illinois and lead to cuts in benefits for unemployed workers. Despite knowing for the months that Illinois faced a deadline to pay back a $4.5 billion debt in the Unemployment Insurance Trust Fund to the federal government, the Democrats chose to only pay back $2.7 billion of that debt in the legislation they passed on a 68-43 vote.

“Ever since Illinois received its share of federal American Rescue Plan dollars last year, the Pritzker administration pinned its hopes on Congress also somehow waiving or reducing the state’s crushing $4.5 billion debt to the Unemployment Insurance Trust Fund. Realistically, that was never going to happen,” said State Rep. Jeff Keicher (R-Sycamore), who voted against the Democrats’ half-measure this week.

The passage of Senate Bill 2803 leaves $1.8 billion of the $4.5 billion total deficit in the state’s Unemployment Insurance (UI) Trust Fund UNPAID. The COVID-19 pandemic led to the deficit in Illinois’ UI Trust Fund that the state owes to the federal government. Under interim US Department of Labor Rules, the state has to spend ARPA money on its unemployment trust fund before April 1st.

Since Senate Bill 2803 does not fill the complete $4.5 billion hole, the state faces interest penalties that will raise unemployment insurance taxes, making it a tax hike on jobs. the Democrat sponsor of the bill, Majority Leader Greg Harris (D-Chicago) stated during debate that benefit cuts to workers who have lost their jobs will need to be implemented to reduce the remainder of the unpaid deficit.

“The bill that passed will borrow money and tax every single job in the State of Illinois,” Rep. Keicher added. “When are we going to act responsibly? Paying half the debt is not the responsible thing to do. The only way to avoid a tax increase and to avoid any benefit cuts to unemployed workers is to pay the full debt. It is no more complicated than that.”

Illinois received $8.1 billion from the federal ARPA program last year. Instead of just using a bit more than half of the federal money right away to cover most or even the entire $4.5 billion UI debt, the Governor and legislative Democrats chose to put a solution on hold. Rep. Keicher and other Republican members of the House have been sounding the alarm on the looming UI trust fund debt since last September, calling for the full amount of the debt to be paid.

Instead, the temptation to spend overtook the super-majority Democrats and they appropriated billions in federal cash on capital programs and other one-time expenses.

“If the state had just done the responsible thing a year ago and paid off the full amount of debt in the UI Trust Fund, we would have avoided this situation entirely,” Rep. Keicher concluded. “Unfortunately, Democrats’ misplaced priorities once again spent billions of dollars in federal assistance on other programs instead, forcing the showdown over their shortsighted half-measure this week. Job creators and everyday folks needing unemployment benefits will now be forced to pick up the tab for a full-on Democrat election year spending spree. Democrats are sticking Illinois’ working families and job creators with the bill just as we are climbing out of the huge hole left by COVID. This is a disgrace.”