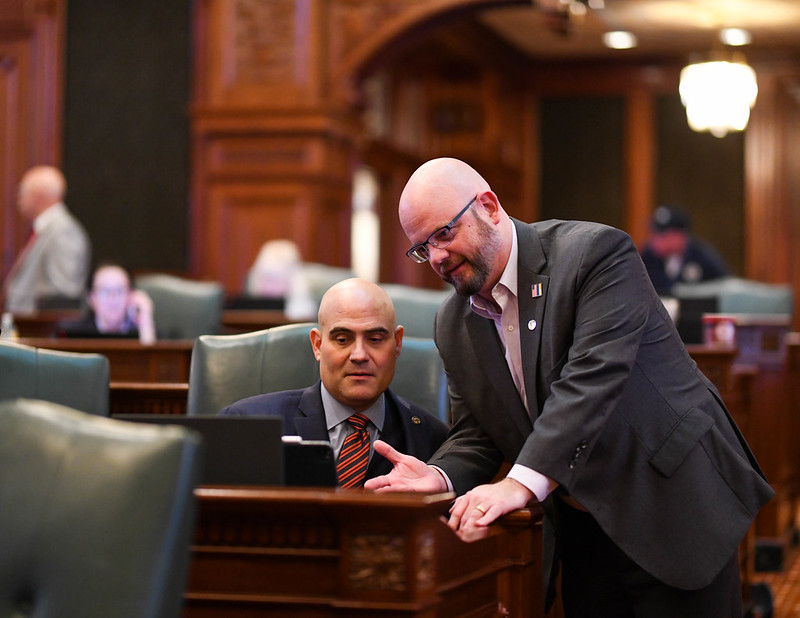 A legislative proposal initially introduced and sponsored by State Rep. Jeff Keicher, R-Sycamore, has passed both chambers of the Illinois General Assembly.  Keicher’s bill to require local taxing bodies to review and report on their efficiency every ten years and consider whether consolidating operations with another unit of government would achieve greater accountability and cost savings to taxpayers secured final approval from the Illinois General Assembly on March 31.

Rep. Keicher served as Chief Co-Sponsor on this year’s version of the legislation, Senate Bill 3789, which will now be sent to the Governor to be signed into law. Rep. Keicher’s proposal was originally filed as House Bill 4691 in February 2020. This year, this legislation, under House Bill 162 passed the House unanimously, but it was taken by State Sen. Julie Morrison, D-Lake Forest, who reintroduced it as Senate Bill 3789. The bill passed the State Senate on February 24 by a vote of 41-8 before advancing to the House of Representatives, where it passed on March 31 by a vote of 114-0. Municipalities and counties are the only units of local government exempted from the provisions of the bill. “I was initially frustrated that my original legislation was hijacked by a Senator under her name but recognize credit here isn’t important, passing the bill is what’s important,” Rep. Keicher reflected.

“Too often Illinois taxpayers have been beaten up by the number of local units of government that are able to levy residential property taxes,” Rep. Keicher said. “What this bill does is to make sure that we right-size local government units at the property tax level so that every ten years we put it in the hands of the taxpayers to decide whether or not they want to be taxed for that function of government. This is the best piece of good government legislation we will see come out of Springfield this year.  In some places lighting districts or other special assessments are helping minimize property taxation to a smaller area where it’s needed.  Who are we to decide what all Illinois local government should look like – leave it to the taxpayer.”

The House sponsor of the bill, Rep. Jonathan Carroll, D-Northbrook, added “Illinois has been very good at creating layers of government, but bad at contracting it. Every single layer of government must be accountable to those it represents.”