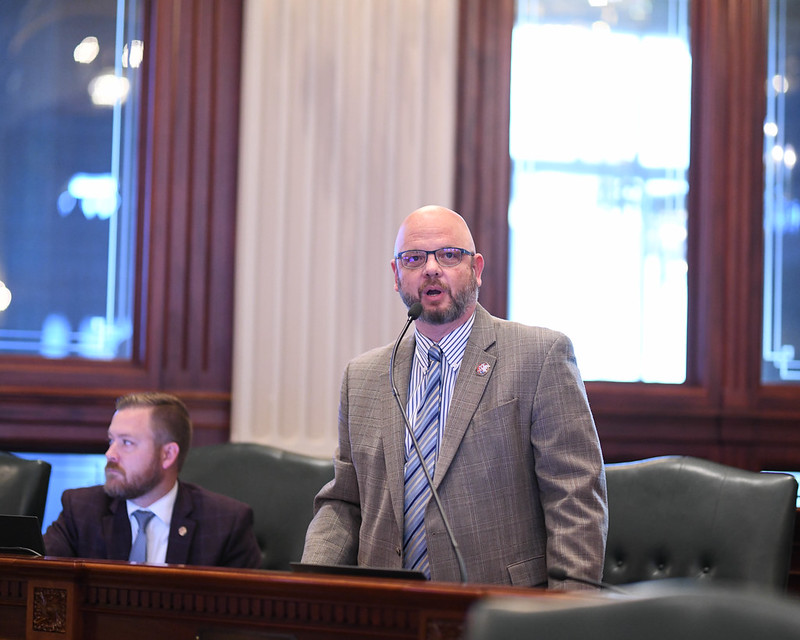 State Representative Jeff Keicher, R-Sycamore, spoke during debate Thursday, December 1 in opposition to Senate Bill 1595, legislation that extends the life of various TIF districts throughout Illinois by an additional 12 years. Highlighting the need to support local school funding and TIF reform as one significant factor that contributes to rising property taxes on working families and seniors on fixed incomes, Keicher spoke on the extension of TIF districts in Illinois exceeding 40 years.

“Granting long-term extensions to TIF districts is costing our school districts significant revenues,” Rep. Keicher said. “According to the nonpartisan Illinois Answers Project, in the City of Chicago alone there is approximately $500 million sitting in the TIF coffers up for renewal today that have not yet been spent.  Money that could go a long way toward helping the financial issues plaguing the Chicago Public Schools system. This is true for many other school districts across our state as well where we see TIF extensions proposals. I am deeply concerned that the TIF extension legislation we passed this week extends some TIF districts to 47 or 35 years beyond their original guideline. We need to change the way we renew TIF’s by limiting them to their first term only. By doing so we can better support our school districts and create downward pressure on local property taxes by giving TIF dollars back to these communities.”

According to the most recently available data from the Illinois Comptroller’s Office, there may be up to 1,490 TIF districts located in as many as 537 Illinois municipalities. Under Illinois law, the original life of a TIF district may last for up to a maximum of 23 years. This period can be extended by 12 additional years upon approval by the Illinois General Assembly. In some cases, including within Senate Bill 1595, the General Assembly has extended TIF districts twice, for a total of 47 years.

Senate Bill 1595 was approved by the Illinois House of Representatives on Thursday by a vote of 93-11. The bill now heads to Governor Pritzker’s desk to be signed into law.